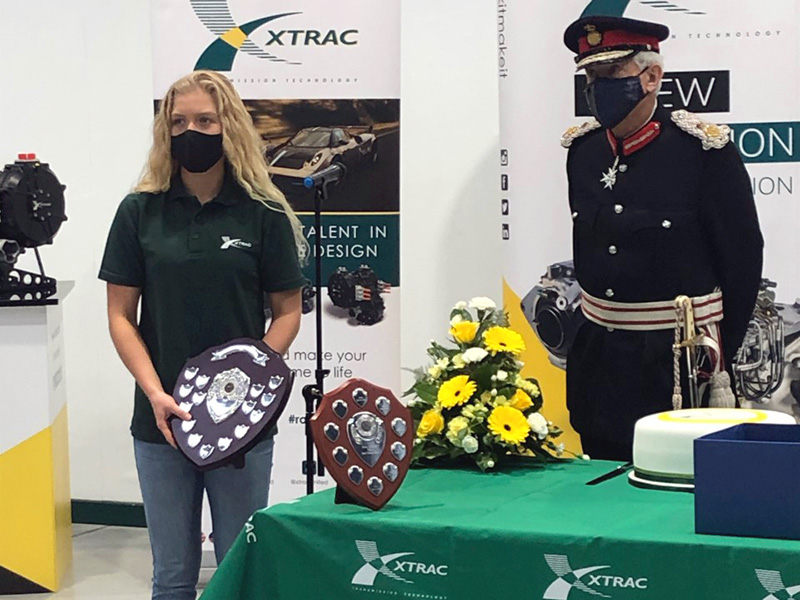 Congratulations to Engineering Apprentice, Faye Cooke, for winning the Darren Huttel Apprentice of the Year. Faye was presented with the award by the Lord Lieutenant of the Royal County of Berkshire at the Queen's Award for Enterprise ceremony on Thursday 29 October. Her employer, Xtrac, was also awarded the Queen's Award for Innovation at the event.

Iain Wolloff, Principal, said: "We are extremely proud of Faye for achieving this honour. She has shown incredible dedication and passion towards her studies since starting her apprenticeship last year. Faye is an asset to the new generation of engineers."

Alfie Gibbons was recognised as a runner up for the Darren Huttel award. Engineering Degree Apprentice, Louis Wilson, was also recognised as a runner up for The Mark O'Brien Award that celebrates degree level apprentices. Louis began his career in 2017 and has worked his way up from Level 3 Mechanical Engineering at Newbury College to the Degree Apprenticeship at the recently opened University Centre Newbury (UCN).

Higher and degree apprenticeships are offered by UCN, in partnership with industry and other universities, to provide a flexible way for both employers and employees to take advantage of the life-changing opportunities that higher education can offer.