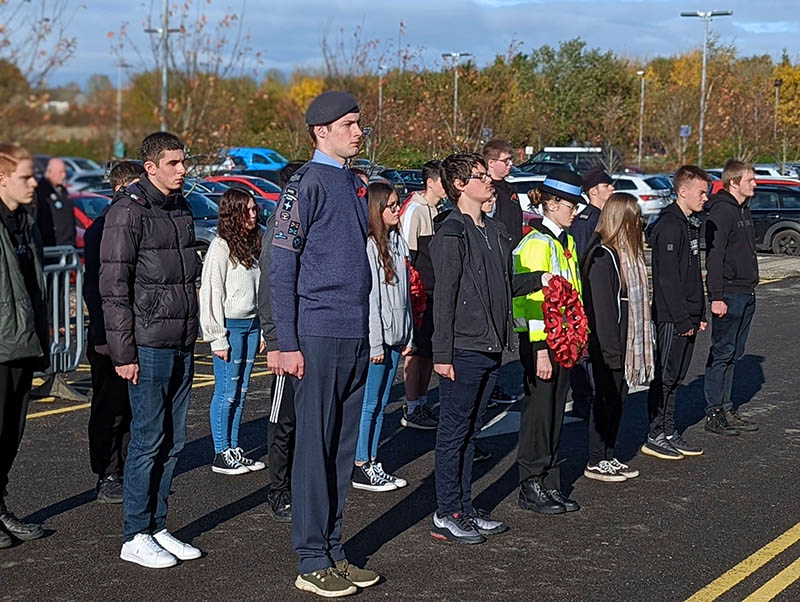 Uniformed Public Services students have led the commemorations at Newbury College again this year, marking the annual day of remembrance for those who have fallen in war.

Members of the College community fell silent on the morning of 11 November to honour those who have given their lives in battle. This year's Armistice Day commemorations mark the 103rd anniversary of the end of the First World War.

College Chaplain, Caroline Whitehead, reminded the attending students that many of those who died during the first and second world wars were about the same age as they are today. She encouraged everyone present to be kind and compassionate towards others, and to “see our lives as a chance to make a difference”.

“As we look at the poppy today, may it remind us all to be thankful, but also to be hopeful for the future” she said with optimism, before leading the two-minute silence, an opportunity for those present to remember and reflect.

The service concluded with the laying of wreaths by Uniformed Public Services students next to the apple tree that was planted to commemorate the 75th Anniversary of D-Day in 2019.