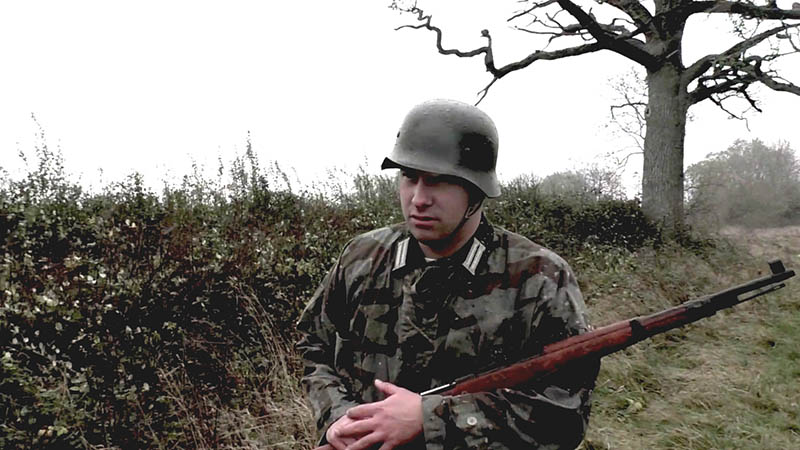 Never Surrender follows a young Austrian Wehrmacht conscript in 1944 as he contemplates whether to obey or disobey a direct order.

Max, who was tasked to produce the film as part of his Level 3 National Extended Diploma in Creative Digital Media Production, said: “I partly came up with the idea [of setting the film during the Second World War] through my interest in learning about the war and through the tales of valour, defiance, bravery, and heroism that occurred during humanity’s deadliest conflict.”

Joining Newbury College from Mary Hare School in September 2020, Max started his College journey on the Level 2 Information and Creative Technology programme, where he gained local acclaim as a Deaf Creator with a video he produced for Parkinson’s UK.

He progressed to the Level 3 National Extended Diploma in Creative Digital Media Production in the summer of 2021, a full-time programme that supports young people to develop the skills required for a career in the media industry, including web authoring, producing digital graphics, photography, web design, animation techniques, media campaigns and television adverts.

Full-time programmes at Newbury College encourage students to participate in work-related activity in the form of industry placements and projects that support working with external organisations and collaborators.

Alongside Max, the film stars Torin Clements, Jaii Alexander and Tangent Tone, as well as receiving support from Frontline Events, a historical re-enactment company that specialises in the Second World War.